The growth of online business over the past decade has been phenomenal. The World Wide Web was developed by Tim Berners Lee as the graphical interface for the Internet. The first commercial website was developed in 1994. Since then the number of sites has multiplied so that almost every area of human interest is covered in some way online. In 2001 the estimates of the online population in the UK ranged from 14.17 to 18.8 million. In August 2002 the estimate was 17.9 million regular users, including work-based access. This is around 40 per cent of the UK adult population. Of online access, 62 per cent is from home computers and the remainder from work. This means that around 40 per cent of households in the UK are connected to the Internet.

These impressive figures are increasing dramatically. Most businesses are integrating online working practices within the day-to-day administration of the office. According to Xerox in 2001, the average UK office worker received 28 e-mails per day; this figure is higher than anywhere else in Europe.

The development of broadband access will enhance the effective-ness of the Internet by increasing its speed and ability to stream moving images and sound, and its potential remains to be fulfilled.

The move to online business has proceeded at a similar pace. Dell, Amazon, Tesco.com, Expedia, Lastminute.com and other online retailers are now producing impressive revenue figures, despite some remaining uncertainty about their prospects. These successes are newsworthy. However, many companies experienced the dot-com boom and bust of the late 1990s. These companies burned through vast amounts of venture capital and failed. At the heart of the fall of many dot-com companies was the failure to ask the simple question, 'where is the customer in all this?' It is this question that marketing research is able to answer. The need for pertinent, reliable, accurate and timely information lies at the heart of good business planning. The need for this type of information is even greater in managing the new high-risk business models developed using the potential of digital media and Internet technologies.

This chapter focuses on the marketing research needs of those businesses that use the Internet as a sales outlet, communications medium or channel of distribution. The online environment provides a compelling environment for all types of marketing research, both quantitative and qualitative; however, it needs careful management and adherence to the methodological principles that underpin all research, online or offline. The chapter reviews each of the principles considered in earlier chapters in the light of the needs of the online

There is no reason why more familiar offline techniques may not be used to solve a problem that relates to online business. These techniques are discussed in detail earlier in the book.

Get Paid Taking Surveys In Your Spare Time

You won’t want to miss this. Get Paid Taking Surveys In Your Spare Time. I know what you’re thinking, ‘Oh great, another get rich quick scheme’. WRONG! This is your guide to making money from home by participating in paid surveys on the internet. 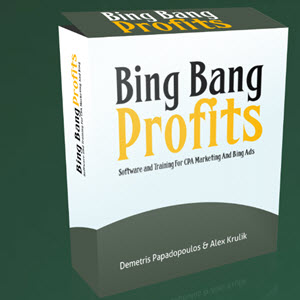