PVRs May Change the Future of Television Advertising 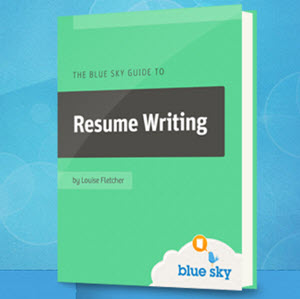 How much would you be willing to pay to never have to watch another TV commercial, be able to automatically record shows with your favorite actor, or record more than one show at a time?

How about being able to leave the room in the middle of an exciting football game to answer the door or go to the bathroom and, when you return, being able to resume watching the game from the point where you left off? These capabilities are no longer the dreams of TV viewers. They are now realities thanks to new consumer electronic devices called personal video recorders, or PVRs (also called digital video recorders), which hit the market a few years ago. And while they may be the answer to TV viewers' dreams, many argue that PVRs may be the television and advertising industries' worst nightmare.

Two companies, TiVo Inc. and SONICblue, Inc., are marketing PVRs, which are better known by the brand names TiVo and ReplayTV. The devices digitally record television shows and save them on a massive multigigabyte internal hard drive that can hold 10 to 30 hours of programming. Using a phone line, the PVRs download program schedules that pop up on the screen, and, with some simple programming through a remote control, consumers can click on shows they want to watch rather than punching in times and channels. The devices also allow users to create "channels" based on their own search criteria, such as types of shows or names of entertainers. The TiVo device even makes recommendations based on how users have rated other programs.

PVRs also allow users to rewind or pause in the middle of a live broadcast while it keeps recording, resume watching from the point where they stopped, and then skip ahead to catch up to the live broadcast. And among the devices' most anticipated, and controversial, features are buttons that allow users to skip past commercials at superhigh speeds. SONICblue recently announced plans to market a new version of ReplayTV with features that will automatically skip commercials in recorded programs. Both TiVo and SONICblue hope that these features, along with the ease of using the devices, will win over consumers, many of whom have given up trying to master their VCRs. If consumers do embrace the new technology, the result will be TV on demand, which will have a dramatic impact on television advertising.

Television shows have always been shown in time slots, with viewers watching whatever is on at that particular time. Advertisers are used to this world of synchronous viewing and buy ad time based on Nielsen ratings, which measure how many people are watching a show at a given moment. However, the digital PVRs make it very easy for TV viewers to watch shows at any time they choose. Watching TV will be more like surfing the Web than viewing a movie. This may reduce the influence of the Nielsen ratings and bring the one-to-one world of the Internet to television. PVRs will also make it much easier for content providers to push programming directly to end-users, potentially on a pay-per-view, commercial-free basis.

The PVR companies note that rather than fearing their new technology, advertisers should be embracing it, since the marriage of TV and the Internet will make possible interactive advertising and give viewers the ability to purchase products directly from the television screen. PVR companies could take certain commercials out of a program and replace them with ads that are of more interest to specific types of TV viewers or ads that include contests or other incentives that will encourage consumers not to skip them. Moreover, both companies argue that they are not out to kill the television networks, because their business relies on the programming the networks provide. Without commercials, there would be no money to pay for new programming, which would mean the supply of new shows could end unless other means of funding were found.

Both TiVo and SONICblue have been marketing their PVRs and personal television service very heavily, although TiVo is the brand that has become practically synonymous with the product category. However, as of late 2002, only 1 percent of the nation's 106 million TV households owned a PVR, and the new technology has not had a major impact on television advertising's traditional business model. Nevertheless, market tracking firm Forrester Research predicts that PVRs will be in nearly 50 million households by 2007. A senior analyst for the company notes that TV as we know it is going to die in the next five years. Instead of being on a network schedule, it's going to become demand-driven as consumers will use PVRs or this capability will be supplied by cable and satellite TV companies. Consumers will be able to watch what they want and when they want, and this will clearly change how they relate to advertisers.

Not everyone agrees with these predictions: Many argue that television is a passive medium and viewing habits will not change easily. A TiVo senior vice president notes: "There's tremendous inertia associated with watching TV. There's no other human behavior that's as entrenched. We've been watching TV the same way our whole lives." However, as prices of the devices come down and they become easier to use, there is a strong chance that sales will take off. Thus, many marketers view the PVR as a very serious threat to TV advertising and are searching for ways around the problem. TiVo is encouraging marketers to experiment with extended-form ads and other types of "advertain-ment" that can be shown to its subscribers. The company feels that viewers may choose to watch advertising if the content is as compelling as the programming.

It appears that changes are well under way that may revolutionize the way we watch television and threaten to make the traditional TV advertising business model obsolete. In the future, TV viewers may not have to sit through all those ads for paper towels, toothpaste, and automobiles. On the other hand, would TV really be as much fun without the commercials?

The emergence of new products such as personal video recorders is very important because they will have a profound impact on television, which is our primary form of entertainment as well as the quintessential advertising medium. TV has virtually saturated households throughout the United States and most other countries and has become a mainstay in the lives of most people. The average American household watches over seven hours of TV a day, and the tube has become the predominant 350 source of news and entertainment for many people. Nearly 90 percent of the TV

households in the United States have a VCR, and many people have entertainment centers with big-screen TVs, VCRs, and stereos. On any given evening during the prime-time hours of 8 to 11 p.m., more than 100 million people are watching TV. Popular shows like CSI: Miami and Everybody Loves Raymond may have more than 30 million viewers. The large numbers of people who watch television are important to the TV networks and stations because they can sell time on these programs to marketers who want to reach that audience with their advertising messages. Moreover, the qualities that make TV a great medium for news and entertainment also encourage creative ads that can have a strong impact on customers.

Radio is also an integral part of our lives. Many of us wake up to clock radios in the morning and rely on radio programs to inform and/or entertain us while we drive to work or school. For many people, radio is a constant companion in their cars, at home, even at work. The average American listens to the radio more than three hours each day.1 Like TV viewers, radio listeners are an important audience for marketers.

It has often been said that television is the ideal advertising medium. Its ability to com- Tp Ipvision bine visual images, sound, motion, and color presents the advertiser with the opportunity to develop the most creative and imaginative appeals of any medium. However, TV does have certain problems that limit or even prevent its use by many advertisers.

This resume template has been created to help you follow the sections and structure of the resume outlined in this video training, feel free to play around with it. It will enhance you to deliver a winning resume that is guarantee to get you an interview to your potential employer, so take the time to customize it and make it yours.