How impt is txt msging 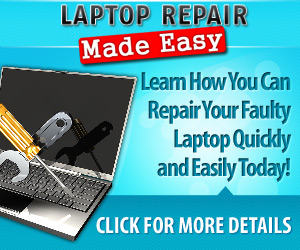 In 2004, 25 billion text messages were sent in the UK alone. The top texting days for 2002-4 show the importance of this medium for consumers.

1 26 August 2004: 79 million text messages were sent on the day that GCSE results were announced;

The services delivered for consumers, to date, have included transactional and informational. Consumer applications to date include retail (WH Smith Online books, the Carphone Warehouse), ticketing (lastminute.com), brokering, banking (the Woolwich), gambling (Ladbrokes), bill payment and job searching. Some informational services based on personalisation such as those of Excite UK and Yahoo! have also been launched. These include information such as sports news, stock prices, news, cinemas, weather, horoscopes and reminders.

Services for businesses delivered by WAP are currently less developed, but are forecast to centre on supply-chain integration where there will be facilities to place orders, check stock availability, notify of dispatch and track orders.

Wi-Fi ('wireless fidelity') is the shorthand often used to describe a high-speed wireless local-area network. Wi-Fi can be deployed in an office or home environment where it removes the need for cabling and adds flexibility. However, it has attracted most attention for its potential for offering wireless access in cities and towns without the need for a fixed connection. The Intel Centrino mobile chip launched in 2003 offers facilities to make Wi-Fi access easier for laptop users.

For example, in 2002 some airports, cafés and hotels started offering Wi-Fi 'hotspots' which allowed customers access to the Internet from their laptops or other mobile devices without the need to connect using a wire. This helped differentiate themselves from other services without this facility. Wireless LANs are appearing everywhere. In the US, network operators are expected to install over 55,000 new hotspots in the next five years. At the end of 2002, there were 4200 Wi-Fi locations.

There was extensive media coverage of Wi-Fi when it was launched and, as is often the case with new technologies, the technology does not appear to satisfy a demand. The Guardian (2003b) quotes Lars Godell, a telecoms analyst at Forrester Research. In a recent research note, he said

Sending a message from a mobile phone or transmitter to another mobile phone which is in close range via Bluetooth technology.

A standard for wireless transmission of data between devices, e.g. a mobile phone and a PDA.

It's as if the dotcom boom and bust never happened - this bubble seems ready to burst. I agree there is some need, but think there has been very pointed exaggeration of the need for internet access around the clock, and on top of that the willingness to pay for it. And that is the critical issue when you create a business plan.

He also noted that 'The usage rates of wireless Lan have been appallingly low'. He cites the case of Amsterdam's Schipol airport, through which 41m passengers pass every year, but where there are only a dozen Wi-Fi hotspot users a day. Other hotspot operators confirm, in private, that they see similarly low usage numbers.

Some marketers are now considering Bluejacking which involves sending a message from a mobile phone (or other transmitter) to another mobile phone which is in close range via Bluetooth technology. It has potential for: (1) viral communication; (2) community activities (dating or gaming events); (3) location-based services - electronic coupons as you pass a store.

Whether WAP, I-mode or other forms of phone are used, users can now surf or browse specially built sites, extending the 5S benefits derived from web sites, although constrained by the smaller screen and limited graphics.

Now we're moving into location-based marketing where customers receive messages on their mobiles relevant to their geographic location (whether passing a store or arriving in an airport).

The use of wireless devices such as mobile phones for informational or monetary transactions.

Mobile commerce (m-commerce) refers to the use of wireless devices such as mobile phones for informational or monetary transactions. Levels of product purchase by mobile phone have proved very low in comparison with the Internet, even for standardised products such as books and CDs. Many m-commerce providers such as Sweden's M-box went into receivership. However, analysts expect that with new access platforms, such as 3G (third-generation mobile devices which will have higher access speeds offering video transmissions), this will change. Consider the example of travel, which is the leading e-commerce category in Europe by revenue for the fixed Internet.

IT Week (2005), quoting a JupiterResearch report, estimated that although in 2004 there were 5.1 million 3G devices, by 2010 this would increase dramatically to 184 million.

The Japanese experience with i-Mode suggests that with suitable access devices coupled with the right content and services that support colour images, the impact of 3G could be significant. Mobile phone ringtones and other music downloads are the most popular i-Mode purchase, followed by other paid-for information services. The strength of the proposition is indicated by the fact that over 30 million Japanese were using this service despite a launch less than two years previously. The i-Mode service has now been launched in Europe.

Different types of strategy can be identified for two main different types of organisations. For portal and media owners the options are to migrate their own portal to WAP/SMS (the option followed by Excite and the Guardian) or to partner with other WAP portals and provide content for these. Revenue models may include sponsorship or subscription for individual content items or on a subscription basis. Options for advertising are also being explored - www.247europe.com is one of the first companies to offer WAP-based advertisements. For destination sites such as banks and retailers, the options available include:

• brand building - improving brand image by being one of the first suppliers to offer an innovative service.

In 2001 new services became available on GPRS (General Packet Radio Service). This is approximately five times faster than GSM (Global System for Mobile Communications) and is an 'always-on' service which is charged according to usage. Display is still largely text-based and based on the WAP protocol. Later, a completely new generation (3G) of services became available in 2003 by UMTS (Universal Mobile Telecommunications System); with this delivery of sound and images should be possible, enabling continuous, instant access to the Internet ('always on'). In the UK auctions for the licence to operate on these frequencies have exceeded £20 billion - such is the perceived importance of these services to the telecommunications companies (telcos). Many commentators now believe it will be difficult for the telcos to recoup this money, and this has resulted in large falls in their share prices.

In the longer term 4G broadband mobile communications are under development and are expected to be introduced first in Japan as early as 2006. As would be expected, the main distinction over 3G is transmission rates. 4G is currently estimated to yield increases, reaching 20-40 Mbps (about 10-20 times the current rates of ADSL high-speed wire-based broadband service).

Figure 3.8 summarises these new standards for mobile access of the Internet. For each new technology there is a significant range between the lowest and highest possible transmission speeds. Very often the hype is based on the upper limit, but when implemented only the lower limit is achieved.

Passive income is a source of revenue you ideally create only once, to bring in fresh batches of income over and over, all on its own.