How To Start A T-Shirt Company 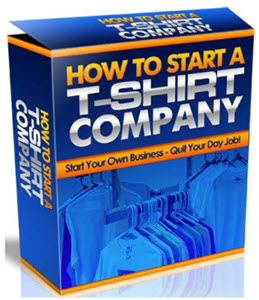 The practice of fashion marketing is often criticized. These criticisms can be classified into two types, the micro-issues and the macro-issues.

Micro-issues concern particular products and services where consumers may feel that they have not been fairly treated or that they have been misled. Most customers have bought clothing that has fallen below expectations by, for example, coming apart at the seams or shrinking in the wash. These problems may occur due to poor quality control or at worst a callous attitude towards customers. Sadly, the view of customers as mere punters to be exploited does exist in some parts of the fashion industry but it is a short-sighted attitude as lack of repeat business, legal redress and negative word of mouth are all possible consequences. Given the number of items of clothing bought each year, however, some errors are inevitable and the issue really revolves around how the seller deals with the complaint. According to the fashion marketing concept we should be concerned about long-term consumer welfare as this is the key to building and retaining profitable custom.

The quick and fair correction of genuine errors reinforces the message to the customer that the retailer cares about long-term customer welfare. Unfortunately, some staff are placed in positions where their own interests may not coincide with those of the firm or the customer -those who work on a commission only basis, for example. Such practices should be condemned as they lead to an undermining of public confidence in the fashion industry.

Macro-issues are broader and emerge not from the conscious conspiracy of individuals or groups of individuals but as unintended or unanticipated consequences of certain activities.

The most obvious example is the criticism that the bulk of the fashion industry is lacking in sensitivity to environmental issues in that it encourages a throw-away society, conspicuous consumption and unnecessary use of packaging. Marks and Spencer plc can lay claim to a serious attempt to address some environmental concerns with their 'Plan A'. The Marks and Spencer 'Plan A because there is no Plan B' involves a £200 million eco-plan to become carbon neutral by 2012, to extend their sustainable fabric sourcing and to set new standards in ethical trading. Other attempts to address such concerns, although on a relatively small scale, include the so-called 'environmentally friendly' or 'green' fibres and recycled wool.

However, the charge of encouraging a throw-away society is a problem that is likely to recur with sharper and move vehement focus in the future. The public response to the various anti-fur campaigns run by PETA, Lynx and others since the 1980s has reduced the market for fur products in many countries and has transformed a status symbol of the rich to an item of derision. 'Green' issues in fashion marketing are examined further in Chapter Two.

Another example of a macro-issue is the use of particular models to show garments in advertising material or on the catwalk. Critics allege that this can cause damage ranging from supporting an image of women as mere sex objects to acting as a contributory factor in dietary problems of adolescent females. The over-representation of young, tall and slim female models raises many issues, not least of which is the sensitivity of some promoters to the responses of the audience. The Madrid Fashion Week has banned models with a body mass index (BMI) of below 18.5; this is a BMI that is regarded as unhealthy by the World Health Organization. The use of wider ranges of body shapes and sizes has been effectively used by Dove in their >

campaign for real beauty. The non-response or excuse of 'We have to tt do it, because everyone else does it' from some fashion companies d may reveal an unwillingness to research other less potentially harmful C

ways of promotion. In an industry with an abundance of creative tal- o ent, it is surprising to find such pockets of conservatism.

Entrepreneurs and business owners. Discover 45 Insightful Tips To Motivate, Encourage And Energize You To Become A Successful Entrepreneur. These Tips Will Move You Forward Towards Your Goals As An Entrepreneur. Use It As A Handbook Whenever You Need To Get Motivated.

Starting your own Fashion Business

How to Break Into the Fashion Industry, How To Write A Marketing Plan That Wins New Clients